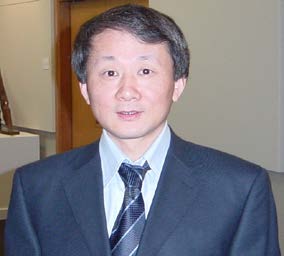 Prof. Zhen Fang is leader and founder of biomass group of the College of Engineering at Nanjing Agricultural University. He is the inventor of “fast hydrolysis” process. He is Editor-in-Chief of Springer Book Series – Biofuels and Biorefineries and Associate Editor of Biotechnol Biofuels (IF 5.3). He is also editorial (advisory) board members of Biofuel Bioprod Bior (IF 3.7), J Supercrit Fluid (IF 3.0), Energy Sustain Soc (Springer), and Energy Policy Res (Taylor & Francis). Prof. Fang is specializing in thermal/biochemical conversion of biomass, nanocatalysts synthesis and their applications, pretreatment of biomass for biorefineries. He obtained his PhDs from China Agricultural University (Biological & Agricultural Engineering, Beijing) and McGill University (Materials Engineering, Montreal) as well as received further postdoc training in Spain (Marie Curie Fellowship, Chemical Engineering, Universidad de Zaragoza). He is listed in the “Most Cited Chinese Researchers” in energy in 2014, 2015, 2016 and 2017 (Elsevier-Scopus). He has more than 20-year international research experiences at top universities and institutes around the world, including 1 year in Spain (University of Zaragoza), 3 years in Japan (Biomass Technology Research Center, AIST; Tohoku University), and more than 8 years in Canada (McGill) in renewable energy and green technologies. He has worked for 7 years as a senior engineer in energy, bioresource utilization and engine design in industry before moving to academia. He won the Governor’s Friendship (Caiyun) Award in 2012 in Yunnan for the significant contribution to the Jatropha biodiesel industry and bioenergy, 2013 S&T Progress Award (the first place) of Xishuangbanna Prefecture for Breeding of New Varieties of Jatropha, and 2017 CAS Excellent Supervisor Award for training students (CAS: Chinese Academy of Sciences).

One thought on “Professor Zhen Fang”

Ethanol, chemicals, industrial sugar can be produced from woody biomass by continuously fast hydrolysis in a flow reactor…